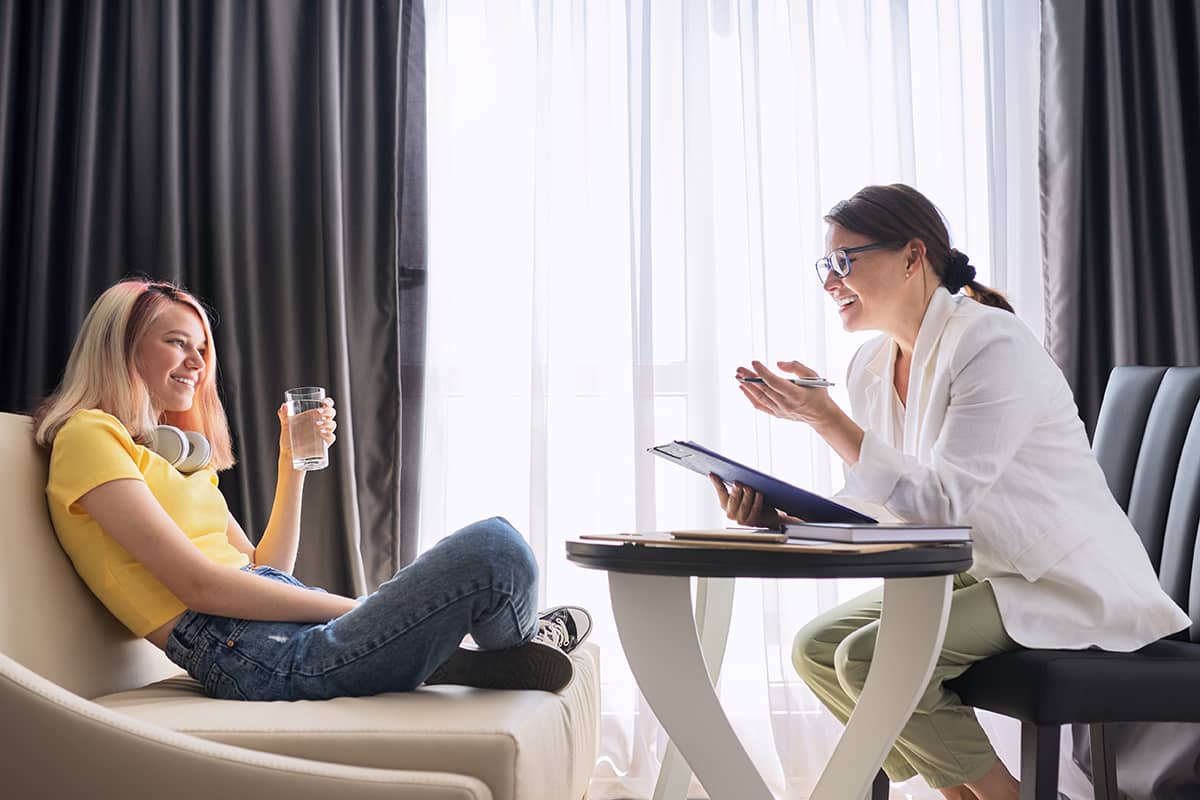 DTAC has always strived to ensure that its residential treatment milieus were noninstitutional, homelike environments with staff who provide a nurturing family type of treatment experience for our clients in care.    “The type of facility where a child is confined can affect their health, safety, access to services, and outcomes upon reentry. Adult prisons and jails are unquestionably the worst places for youth. They are not designed to provide age-appropriate services for children and teens, and according to the Campaign for Youth Justice, youth in adult facilities may be placed in solitary confinement to comply with the PREA safety standard of ‘sight and sound’ separation from incarcerated adults. Youth in adult facilities are also 5 times more likely to commit suicide than those in juvenile facilities.  Without question, a number of the symptomatic, maladaptive behaviors exhibited by the youth who enter care with DTAC are also considered criminal behaviors.  However, the chosen response to these behaviors from our society appears to have resounding implications for the recovery of thousands of youth.  “On any given day, over 48,000 youth in the United States are confined in facilities away from home as a result of juvenile justice or criminal justice involvement……Most are held in restrictive, correctional-style facilities, and thousands are held without even having had a trial. 92% of youth in juvenile facilities are in locked facilities. According to a 2018 report, 52% of long-term secure facilities, 44% of detention centers, and 43% of reception/diagnostic centers also use “mechanical restraints” like handcuffs, leg cuffs, restraining chairs, strait jackets, etc. Forty percent of long-term secure facilities and detention centers isolate youth in locked rooms for four hours or more.  Correctional-style juvenile detention centers and long-term secure “youth prisons” are often very harmful environments, too. In the Survey of Youth in Residential Placement, more youth in detention and corrections programs reported sexual victimization, fear of attack, solitary confinement, strip searches, use of restraints, unnecessary use of force, and poor relations with staff.

The fact that nearly 50,000 youth are confined today — often for low-level offenses or before they’ve had a hearing — signals that reforms are badly needed in the juvenile justice system. Confinement remains a punishing, and often traumatizing, experience for youth who typically already have a history of trauma and victimization.  But even these high figures represent astonishing progress: Since 2000, the number of youth in confinement has fallen by 60%, a trend that shows no sign of slowing down.  An estimated 90% of justice-involved youth have experienced serious trauma in their lifetime. Understanding the impact of trauma on cognitive development and behavior, policymakers and practitioners have increasingly called for trauma-informed care — not punishment — for justice-involved youth.

Policymakers have focused on the juvenile justice system have responded far more rationally to the falling crime rate and to the mounting evidence of “what works” compared to those working on the adult criminal justice system.  At a time when a 50% reduction in the adult prison and jail population over 10 or 15 years still seems radical to many, the juvenile system has already cut the number of confined youth by 60% since 2000, and continues to decarcerate at a rate of roughly 5% year over year. The number of youth in adult prisons and jails has also dropped by over 60% since 2000.  The progress toward decarceration in the juvenile system can’t be attributed to any single change; rather, historical factors, ongoing research, and dogged advocacy efforts all played important roles. Juvenile crime rates dropped. Some of the most egregious conditions of confinement were widely publicized, jolting policymakers to action. Adolescent brain research made it impossible to deem youth fully culpable and incapable of change. Evidence piled up showing that confinement leads to worse outcomes.

-Excerpts and data taken from Youth in Confinement: The Whole Pie 2019 by Wendy Sawyer, December 19, 2019  https://www.prisonpolicy.org/reports/youth2019.html

The Development of Routines, Anchor Points, and Outside Limits (Routines – Part 1 of 3)
July 8, 2021